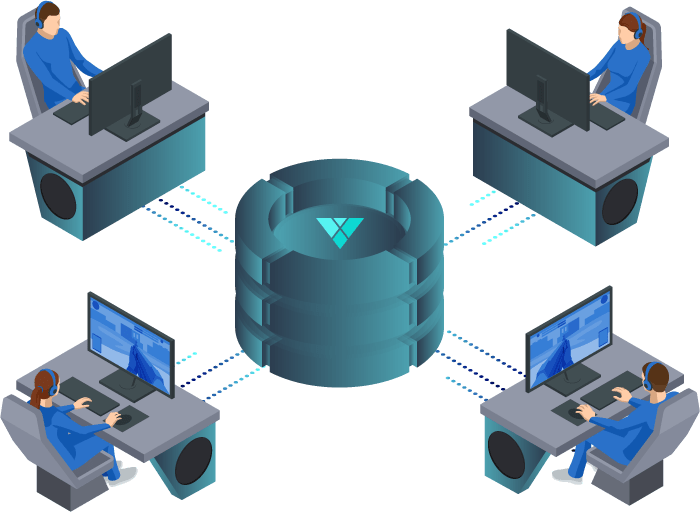 As gaming continues to rise in popularity, gamers are becoming increasingly receptive to in-game purchases. Consequently, developers are desperately seeking out ways to guarantee the security of these purchases. According to a Nielsen study, in-game spending totaled nearly $93B in 2018 (amidst $138B spent overall in gaming). While in-game purchases are multi-purpose, they’re heavily used for cosmetics and level unlocks (often known as pay-to-win purchases). Not incidentally, level/skill unlocks present an opportune use for blockchain technologies.

When hackers obtain these in-game currencies and upgrades, they gain unfair advantages over the player base. However, a blockchain application dedicated toward storing and processing in-game purchases makes hacking nearly impossible. And with greater security, gamers can be assured of a more level playing field. With blockchain technology, developers and gamers can expect a more gratifying gaming experience.

Aside from achieving greater fairness among gamers, blockchain technology also provides developers with the opportunity to produce cross-game currencies. For developers who have created multiple games, cross-game currencies will encourage gamers to play more of their games. Likewise, this feature will also allow gamers to trade cosmetics previously earned in different games. It will also reduce the likelihood of scams from such transactions.

Consider how much more dynamic gaming could be if data were to be shared conditionally. That’s a small yet exciting feature available to XTRABYES users. Gamers may even be able to (possibly) recall a transaction request. Consider, for instance, a gamer playing in a high-stakes gaming tournament. He/she is about to win their game but makes a wrong move at the last moment. With XTRABYTES, the gamer may be able to avoid the consequences of such a move.

Likewise, consider an online poker game in which a dispute suddenly comes into play. With XTRABYTES, the gaming transaction recipient (the next player to play a hand) can reject the previous hand (the previous transaction request). As you can see, allowing for additional transactions options can make gaming far more dynamic..

The XTRABYTES platform allows for unparalleled speed. Simply put, XTRABYTES’ PoSign does store or validate in the same location. As a result, the number of data transactions (requests & validations) that can be entered is merely limited by how quickly network users can add and validate them. In other words, gamers need not be worried about any limitations related to the number of transactions that can be added in any single time interval. Indeed, XTRABYTES PoSign algorithm is designed to optimize the number of gaming transactions included in any one time interval.

Infinite Scalability (and why it’s important to gamers)

Gamers can also feel secure that no network congestion will occur with XTRABYTES (unlike what happened to Ethereum gamers with Cryptokitties). That’s because XTRABYTES is infinitely scalable. In other words, it will always retain the ability to offer gaming services even as the number of gamers grow.

With infinite scalability, XTRABYTES will also have the ability to offer identical transaction speeds (whether all transactions come from one source or from different sources). Consequently, all gamers will be treated with identical fairness. .In contrast, gaming platforms that cannot scale are prone to (in)voluntary exclusions, long waiting periods, and increasing costs for users. As you can see, XTRABYTES will provide gamers with far better blockchain-based options than currently exist.